We've been making kamaboko in Japan for over 100 years.
Our products are typical of a healthy Japanese diet.
It is rich in essential amino acids, which are important for maintaining good health.
It is a popular and easy everyday food in Japan.

The secret of our flavor is four elements in quartet

3 Handcrafted techniques passed down for generations

4 Blessings the natural environment of Tokushima 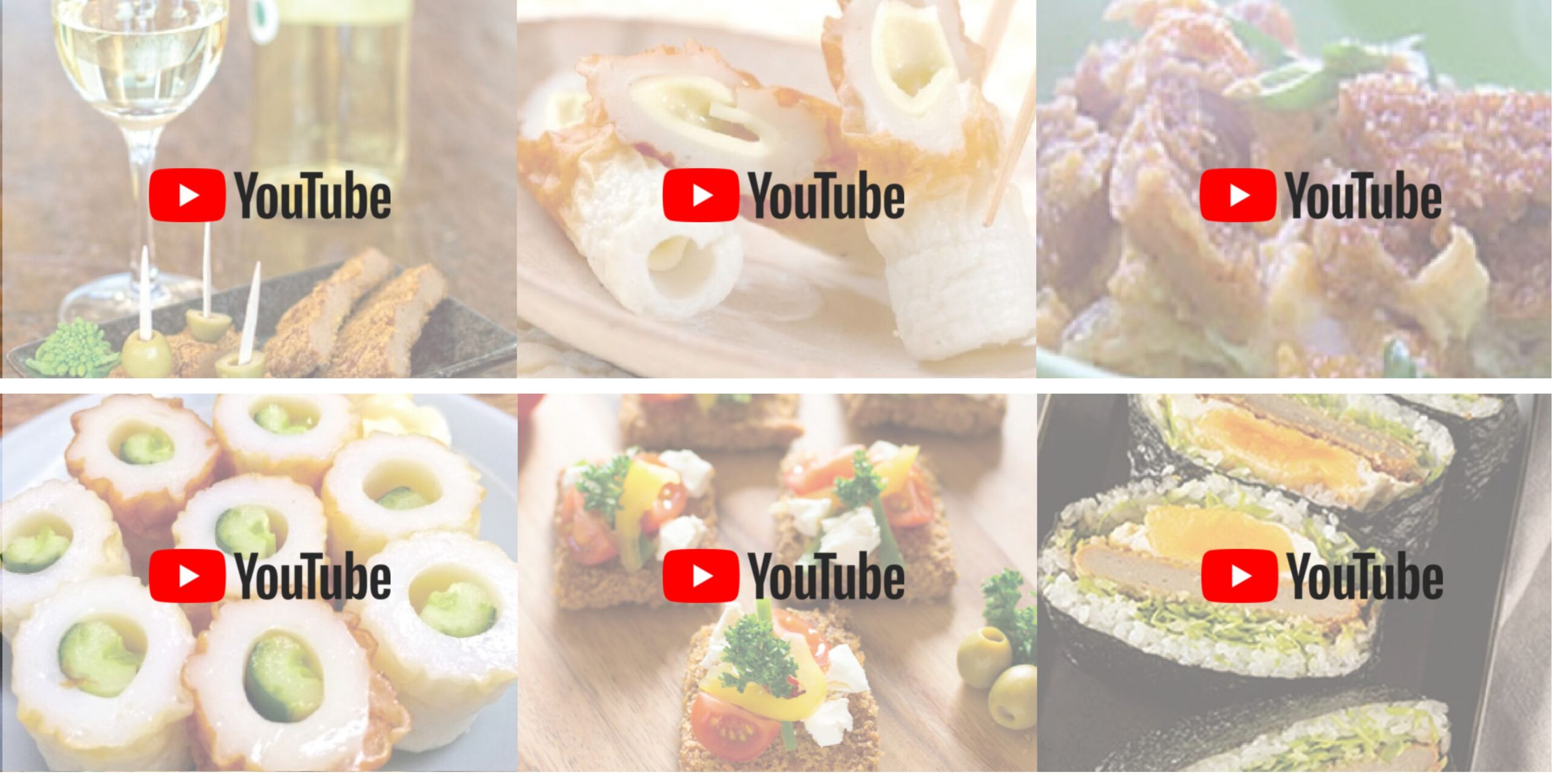 Research on the nutrition and health function of kamaboko products has clarified the effect of such foods in suppressing lifestyle-related diseases such as metabolic syndrome.
Here, we will introduce the results of experimental research on the effects of consumption of kamaboko products on type 2 diabetes, obesity, and dementia.
Research has shown excellent outcomes in the role our products play in maintaining health.

Type 2 diabetes causes unfortunate complications if left untreated.  Results of studies on the effects of sugars, cholesterol, and triglycerides that cause such complications show that the intake of kamaboko products suppress the absorption of sugars from the small intestine, reducing rapid increases of blood glucose levels after meals.  In addition, in a comparative experiment between raw surimi and kamaboko products, no inhibitory effect was observed with raw surimi, but it was found that protein of the carefully-cooked kamaboko product is transformed by heat and is involved in suppressing the increase in blood glucose levels.

Experiments have revealed that natural peptides produced in kamaboko products are involved in the suppression of fat accumulation.  A comparative experiment on three groups–a standard diet, one including konjac, and one including kamaboko– demonstrated that even with a high-fat diet, the kamaboko group had the lowest ratio of weight gain and energy intake. It was found that the intake of kamaboko is involved in the expression of genes related to the energy metabolism of adipocytes.  This is thought to make it less likely to gain weight when eating kamaboko products.

It is known that patients with Alzheimer’s disease tend to consume much less fish than healthy people, and the reason why eating fish improves brain function is due to the action of Omega 3 fatty acids such as DHA.   In research focusing on fish protein instead of just DHA, peptides showed a certain effect. Animal experiments suggest that eating foods supplemented with peptides significantly increases the production of nerve growth factor, and that the intake of kamaboko products can help  prevent dementia.